Paint Your Way to Cooler Temperatures? 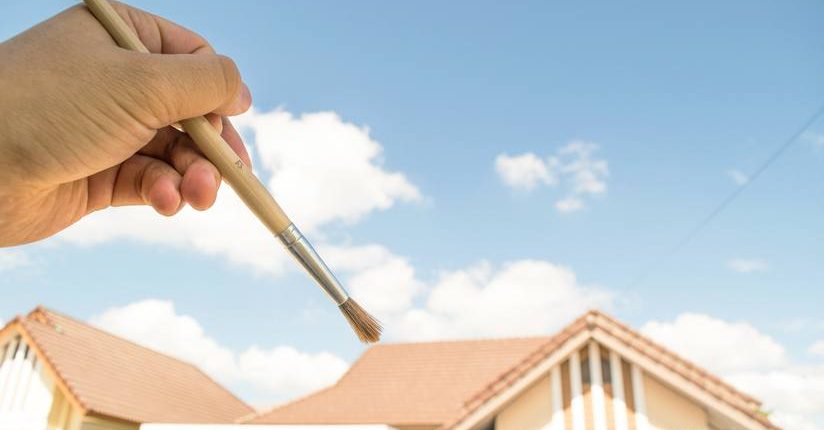 An air conditioner is an absolute necessity in many arid regions of the world that are situated on or near the equator, as all nations have different societal needs based on geographical location. The expense of energy needed to fuel air conditioning devices has been on a steady increase for many decades now, not to mention the carbon footprint left behind in the manufacturing process. This combination of factors has resulted in a global predicament that has inspired a team of scientists to remedy the problem both economically and environmentally.

Israeli company SolCold was one of six selected by the U.S. State Department during the Obama Administration for financial assistance in developing new technology that could further the trends to greener energy. The SolCold group is taking the approach that new technology could alleviate much of the need for actual electricity to provide cooling for homes, buildings, and a multitude of other industrial operations. And, it is all being done from the outside in by using a cutting edge paint that absorbs sunlight and emits frigid air to the inner portion of the building or object to which it is applied.

While the new paint, also named SolCold is still in the testing stage, all initial tests have shown excellent promise that the chemical concoction that has been developed through a four-year process will perform as it is intended. Research is also showing that the new technology is a green process as well, which will also make for an added benefit for a product that has the potential to change the world, especially for those who want to live off of the grid. The actual number of potential applications is countless, even though it should be noted that the primary advantage of the product for the time being is a reduction in the need for electricity or natural gas.

It also appears the new coating may be very difficult to imitate as well, so the company may be positioned to hold a unique patent on the treated paint. According to inventor and CEO of SolCold Yaron Shinhav, the technology is a four-part process that is so complicated that competing companies will have a difficult time copying the technology until well after it is established as the only coating chemical that will produce the heat-to-cold result. This limited competition should situate the company perfectly as a major investment target because the amount of immediate demand for the new green air conditioning enhancer will be limitless once it finally arrives on the open market. There are already many companies in arid regions wanting to provide distribution.

News of the new paint product has already reached leaders of the nations that will derive the greatest immediate benefit. Just like when electricity provided air conditioning in the early 1900s, SolCold could also be a product that revolutionizes the energy market for both electric and natural gas consumers who can make the transition and ease their living and operating expenses while also helping make the environment a greener place.

BACK TO MAIN TIPS & TRICKS

We offer 24/7 Emergency Service to all of our customers. You can always count on Torocco’s  Cooling & Heating Experts to get the job done right the first time. We use state-of-the-art diagnostic equipment to find the source of your heating and air conditioning problems and fix them fast.

Torocco's Cooling & Heating LLC is a state licensed, insured, full service air conditioning, heating and refrigeration company, serving Lee, Collier and Charlotte counties. The owner, Mark Torocco is a lifelong resident of South West Florida and has been providing HVAC and commercial refrigeration service to Lee county and the surrounding areas for over 20 years. Mark also teaches advanced air conditioning and refrigeration classes for the school district of Lee County. He is also active in the community supporting and sponsoring Little League and Soccer.